Resilience in the Return: How Lancer Athletes are Preparing to Restart the Competition Season

As of January 31, the province started to lift the lockdown restrictions; including the reopening of gyms.

For over a month, both Lancer athletes, as well as athletes across the OUA, had to put a pause on their respective seasons as a consequence of the shutdown in late December. There was much uncertainty as to whether or not teams would even continue their seasons and if the work put in for half the year would be in vain.

Alongside the announcement came the hope that the remainder of the season would go on as expected; however, with virtually all seasons already underway and no plans to reschedule missed competitions, there have been mixed reactions as Lancers prepare to compete as early as next weekend.

Setbacks from the start

Beginning to unravel the current response to the news means going back to the start, where the thin chord holding the potential for a 2022 season had already begun to fray. Despite the fears and knowledge that the season might look very different from what they were normally accustomed to, athletes were just glad to be able to come back to training and hopefully have a season after missing a year and a half of competition. Like many others, Megan Gahima, a 3rd-year middle blocker for the Women’s Volleyball team, was hopeful that things would work out.

“I felt really excited knowing that we had games lined up and although the season was kind of organized weirdly,” she recollects. “I think our whole team was just really excited to compete and have a sense of normalcy again. I imagined it to be inevitable that something would come up and disrupt the season a little bit, but I always assumed there’d be a plan in place to get us back to normal.”

The plan, it seemed, was to push through the season with appropriate modifications and hope for the best; but it wasn’t long before it became clear that the concerns of having to postpone another season inched closer into reality. On December 19, when the new restrictions forced the closure of gyms and indoor recreational facilities across the province, athletes entered the winter break uncertain of what would await them upon return. After a long uphill battle to get to the place where competition even seemed possible, the lockdown in December was a disappointing blow. 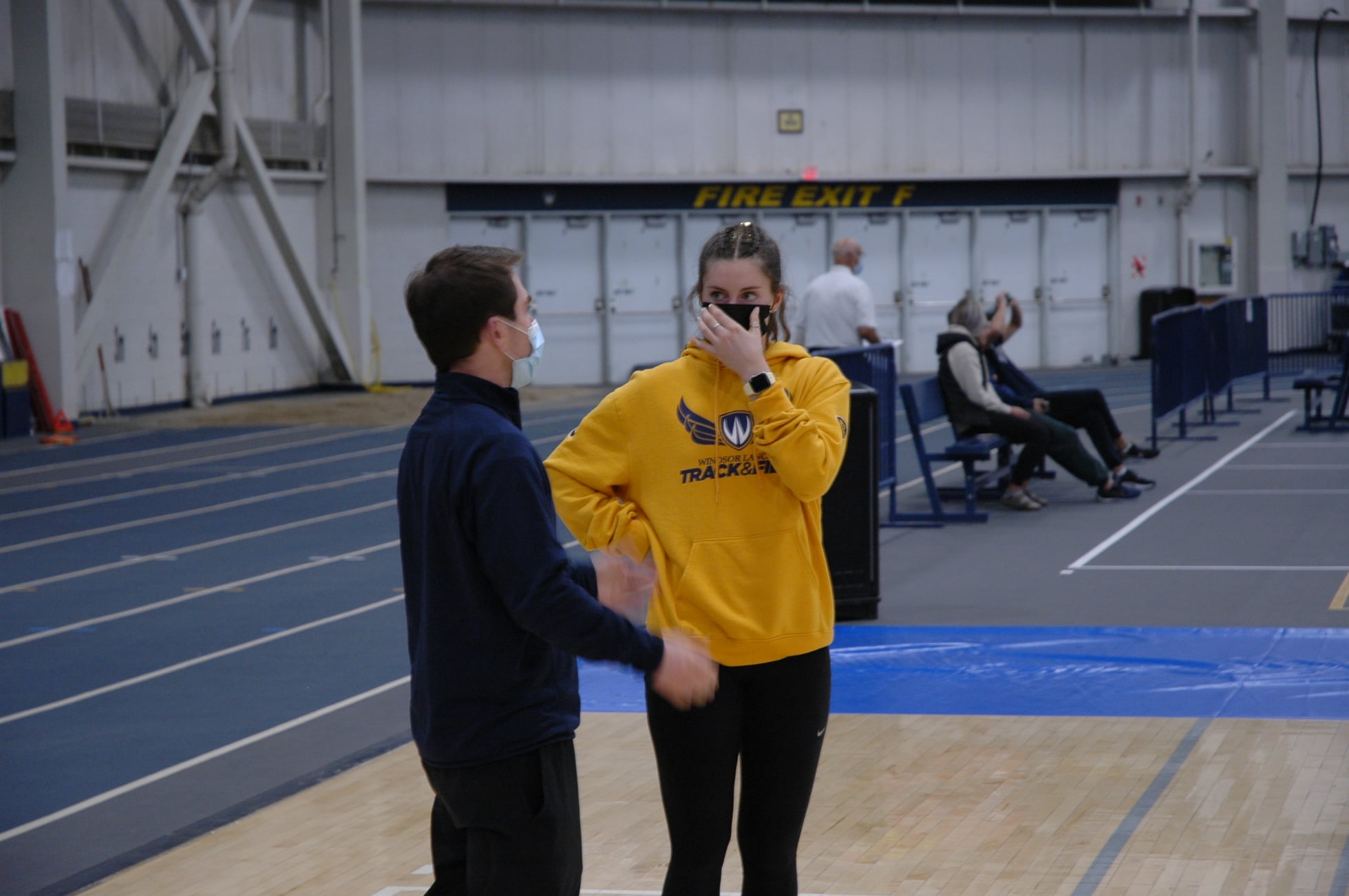 Akot Aken, guard for the Men’s Basketball team, could not help but comment on the emotional toil the uncertainty had brought and the difficulty of rebounding after. “For me, it’s been the uncertainty of when things will be normal. Not being able to train and go to the gym has had its effects on me not just physically but mentally and somewhat academically.”

While the break perhaps offered athletes the opportunity to refocus on other commitments, it goes without saying that the countless hours poured into training, travel and balancing school on top of that school, significantly shape the experiences of student-athletes and many struggles to find an identity outside of that once it’s gone. Aken touched on the feeling of having that sense of identity as an athlete stripped away with each “pause” or lockdown as he was not being able to train or go to the gym to do what he does best.

Mandy Brunet, a senior triple jumper and team captain likewise lamented, “the shutdowns and not being considered ‘elite’ really got me feeling upset and insignificant,” recalling the push early January to have the Ford government allow OUA athletes to continue training. Brunet is in her final undergraduate year as a Lancer and was a previous USports bronze medalist. She was at the top of her sport as she watched the season get uprooted overnight. The track team had only had one intrasquad meet before the season was paused and had missed an entire season last year.

“The hardest part for me would be the fact that I’m trying my best to stay physically and mentally prepared to compete, but without the right resources and facilities that’s virtually impossible.” Try as they may find creative ways to stay active while shutdown, this late in the season, the focus had already shifted from developing strength to perfecting technique, and there is understandably only so much a jumper can do without sand. “It’s hard knowing we’ll just have to last-minute figure out where our bodies are at for a while into competitions.” This time, unlike September, athletes are not afforded weeks to prepare and need to jump back in like they never left.

Coaches also did what they could to keep their athletes encouraged until things could reopen. Ritch Coughlin, a former Lancer and now a coach on the Track team did not lower his expectations for his athletes.

“I see two directions at this time. Feel sorry for yourself and make excuses for how things end up when we return; or get back to work and come back stronger. If you have not worked out, you will be sore when you do. You will probably feel [awful] when you work out both mentally and physically. If you have not lifted, you will be weaker than before. Nothing is likely to improve if you sit and feel sorry for yourself. Physically there is only a slight degradation in your fitness, strength and speed given a few weeks off. Mentally you will feel like you are in the first week of base training.”

There was no mistaking the mental toil the Lancers anticipated in preparation for Monday and emphasized mental toughness accordingly. 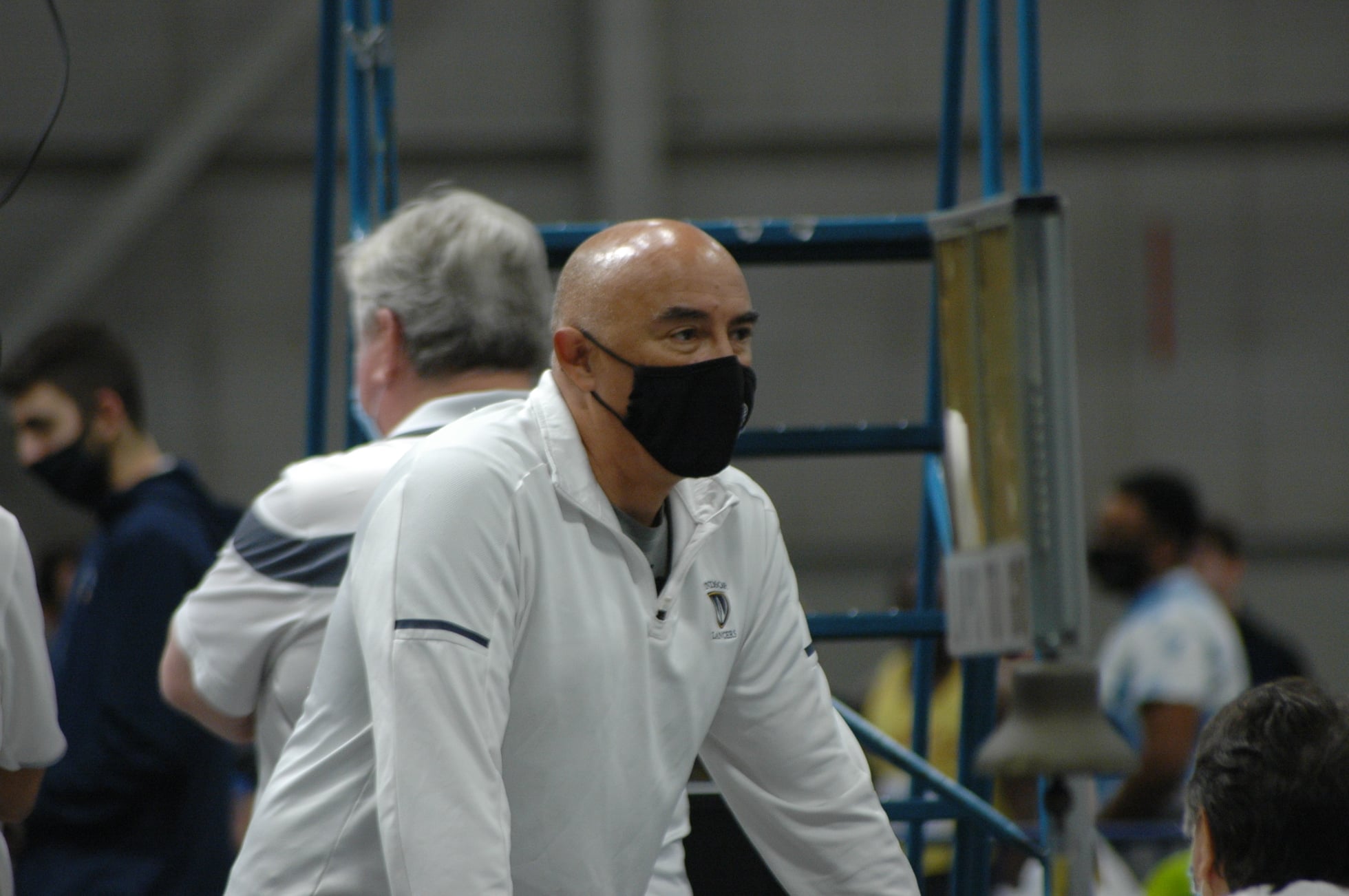 The Sport Psychology and Physical Activity Research Collaborative (SPPARC) lab put on a workshop for student-athletes returning to training and to competition last week and the pointers for how to tackle the upcoming season did not go unnoticed. Brunet reiterated the words of Dr. Krista Chandler in that, “you have to fully commit to realizing we have a season.” Regardless of the previous disappointments, the goal is one that is echoed by all Lancers alike: to stay motivated and ready for when the season comes.

“I just believe in it and know that whatever I do now will help me when we have a season real soon.”

Aken shared her sentiments in looking toward the season with optimism. “I know there will be a time eventually where our situation will improve so I just keep my figures crossed until then and don’t think too negatively.”

Despite the setbacks over the last month, Lancers have anxiously prepared for the day they could return to the St. Denis Centre, and now that time is finally here. As University athletes return to training this week, they enter the remaining season with a sense of purpose. Goals will need to be readjusted accordingly but Gahima highlighted that that was something the Volleyball team was ready to do. “I think a goal for myself and the whole team right now is just to stay focused on what we can control like how hard we’re working in practice and in the weight room and getting as far as we can with the little season we have.”

For senior athletes like Brunet, the sting of missing out on the last moments with the team brings additional reason to make the most of the time left. The difficulty “to even organize a team gathering,” may have robbed her and other senior athletes of the full team experience, but will perhaps serve as the much-needed reminder that despite everything, they’re all in this together. OUA student-athletes are all eager to get back to their sports this Monday, and despite the uncertainty, there is no doubt the past 22 months have given them a new appreciation for doing so.

Weadee is a Political Science major with French Specialization and a minor in Communications. She loves art, music and singing for her plants. When she's not on the track doing long jump or at CJAM hosting her radio show, she can be found in bed curled up with a good book.
Page load link
Go to Top