The new Toldo Lancer Centre (TLC) at the University of Windsor aims to enhance the student experience and promote campus spirit. Starting this semester, the Lancer Recreation centre has introduced various programs for students including dance, sports, and yoga. Nicole Daignault, a.k.a. Coco is one of the yoga instructors at the Lancer recreation centre.

Coco graduated from the University of Windsor with a Psychology honours with thesis degree in 1997. Her thesis focused on early detection of breast cancer in women.  She created a device to help women self-screen. After research, it was found that the device created by Coco showed positive results and turned out to be useful for women.

She comes from a family of teachers and aimed to become one herself. Her father was a chief psychologist at the school board in Windsor. Her mom was working in the educational sector. 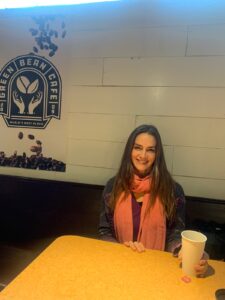 “I did not know what I wanted to become. I took psychology as that subject intrigued me, but I was following my parent’s lead. Hence, I took enough teachable subjects to do a teacher’s degree,” stated Coco.

But, as she went for her first teaching job, she decided to quit and explore more before deciding on a career. She found being a teacher was more stressful and demanding than she thought.

“I moved to British Columbia where I met many international students coming from various countries. These students inspired me to travel, so I took a cross-country ticket to explore Canada,” says Coco.

During her travels, she was introduced to yoga by a friend. From the age of 13, when she was diagnosed with scoliosis (a curvature and rotation of the spine) as well as a leg-length discrepancy, Nicole has experienced acute and chronic bouts of pain. She felt a pain-free bliss after that first yoga practice, and she began the physical and mental journey of body consciousness control, and she remains ever grateful for the great wisdom and compassion she has gained due to the imbalances in her own body. After this, Coco was practicing yoga daily. She got her first yoga mat after she became a certified teacher!

“I was doing yoga everywhere I went, whether it was the trains I used to travel in or Pyramids of the Sun in Mexico,” said Coco.

She then joined a group of ladies who were touring Nepal for the Annapurna Circuit Trek. It is a trek within the Mountain ranges of Central Nepal consisting of two different river valleys surrounding the region. She met a Nepalese lady who introduced her to Tai Chi and Reiki. Tai Chi is a Chinese form of martial arts and Reiki is a spiritual method of healing.

“I then took a 24-hour train from Kathmandu to Varanasi with no idea what I was getting myself into. I had seen pictures of Varanasi but never been there,” stated Coco. 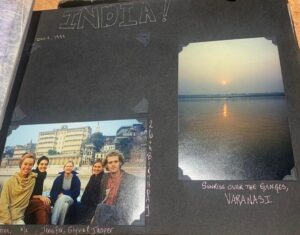 Varanasi is a city in the Northern Indian State of Uttar Pradesh regarded as a “Spiritual Capital of India”. In 1999, Coco did her Teacher Training under the guidance of Sunil Kumar, of the Yoga Training Center and was certified by the All-India Yoga Society. 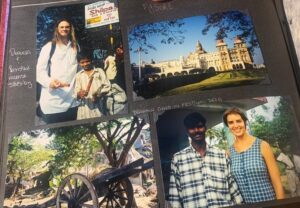 For many years, she travelled the world, practicing and teaching yoga in the Himalayas, on top of pyramids, and on island beaches. As her love of yoga and her understanding and fascination with the body grew, Coco spent a year in Thailand learning Thai massage and shamanic healing practices.

“I love to collect memories of the places I travel in the forms of souvenirs and photos. I have travelled to many cities in Mexico, Australia, India, Paris, Canada, and middle east. I want my kids to learn and value diverse cultures and live an international lifestyle,” said Coco. 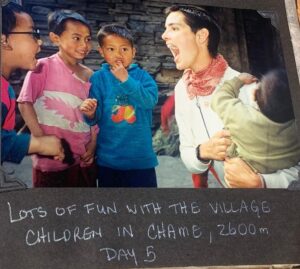 Advice to all Women

Coco shared, “do not use antiperspirants as they have been loosely linked to scary diseases in a woman’s body such as breast cancer. Instead, a deodorant must be used for daily odour control purposes. Sweat is a natural way to control body temperature and products preventing natural bodily processes may cause disruptions in the body. To prevent body odour, a deodorant works just fine.”

“Another issue is dieting. A lot of women diet to have the perfect figure. One must be healthy and consume a healthy meal. Fasting is a good option as fasting occasionally helps the digestive system relax and remain effective,” mentioned Coco.

Recently, the University of Windsor’s Student Alliance (UWSA)organized an event called DOGA, which hosted therapy dogs, and Coco. The students practiced yoga, the dogs were freely roaming and playing. 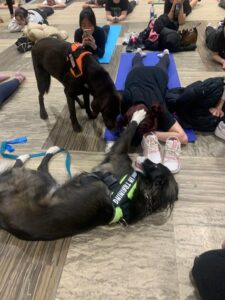 “I love dogs and I was really looking forward to this event. It feels good to have such events at the university,” said Andrew, a 2nd-year Undergraduate student present at the event.

Students enjoyed the yoga session and learned a lot about the importance of yoga. 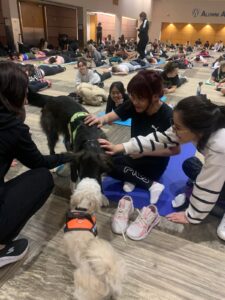 “I have never done yoga before. But after this session, I am planning to join Coco’s yoga classes on a regular basis,” said Maria, a 1st-year undergraduate student at the university.

Starting on January 16, the Lancer Recreation Centre is providing a week full of free yoga classes to explore and participate in. After that, it is a $5 fee per class to attend the yoga classes with Coco on the specified days.

Check out the Lancer Recreation Centre for more information.

Life is meaningful when your work can be valuable to others and yourself, so make the most of it!
Page load link
Go to Top